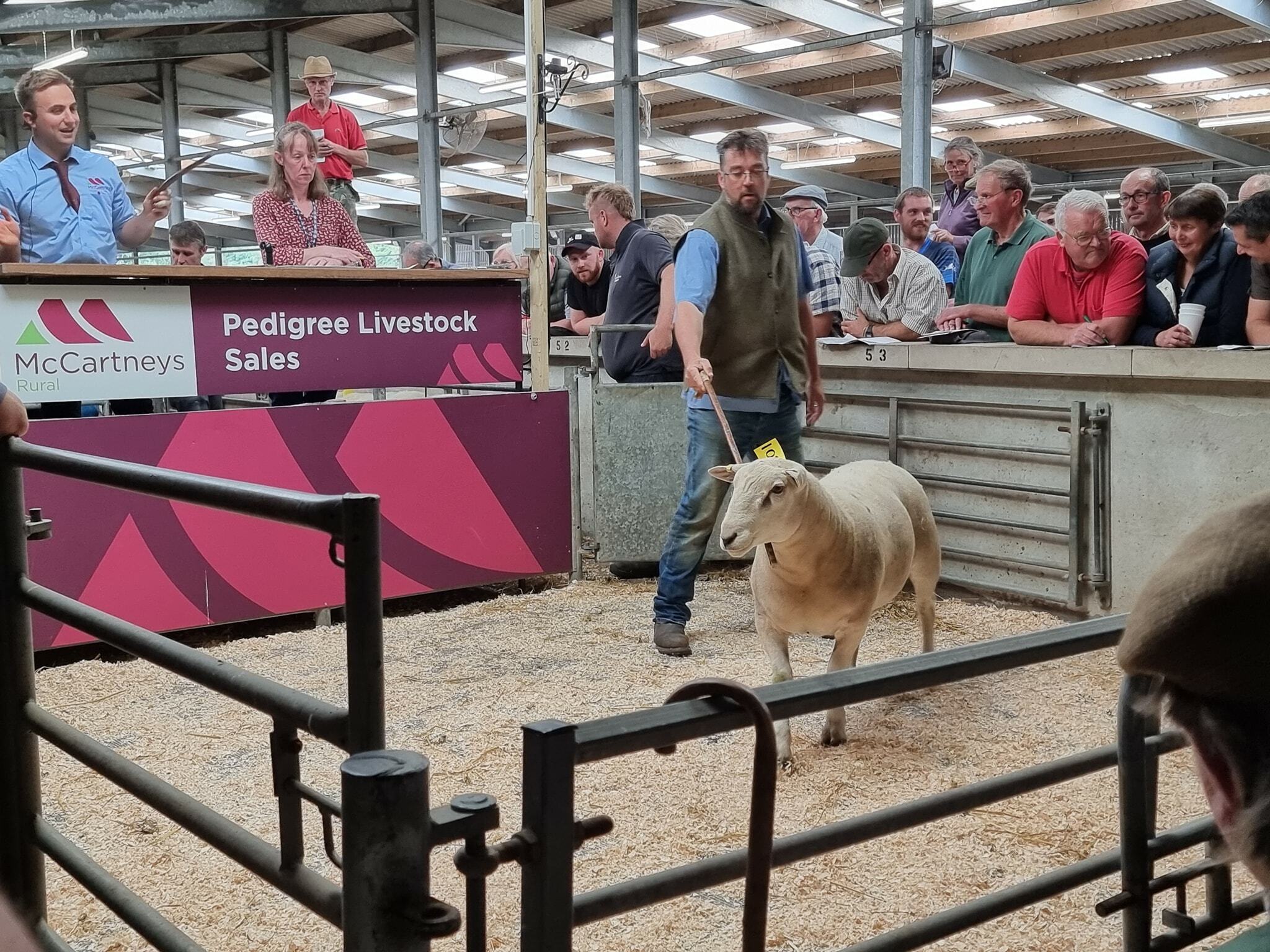 Saturday 18th September 2021 sale of EasyCare sheep at Worcester saw a very strong demand for both males and females. Top of the males was a yearling ram from G & MC Shepherd, Preston. This quality yearling sold away after a fierce battle for 2,300gns. Purchasing the tup were JE & M Davies, Cefnoch, Aberystwyth.

Second top ram of the day came from Iolo Owen & Co, Angelsey with a yearling ram. This one sold for 1,350 guineas and went home with Mr F Lord, High Wycombe. It was a strong trade for all yearling rams with a further 5 selling over the 1,000 guinea mark.

The ram lambs topped at 300 guineas from Iolo Owen and Co selling to S Cammack.

Plenty of competition was seen through the female sale with yearling ewes topping at £210 per head for a pen from WE Cook. These sold to ML Strange, Pontypool. Behind these were a further two pens from WE Cook, both making £195 per head.

The top pen of ewe lambs came from Mr J King, they sold to a strong but merited £160 per head and found a new home with AV Verity, Worcestershire.